The image of God 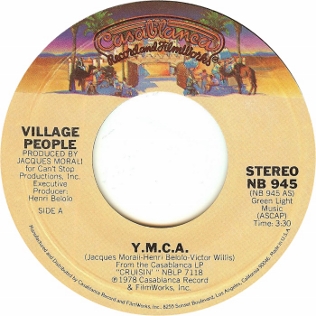 Been browsing A the web opening site after for hours now and still I cant get to Athe page I wantB its Blike someone or something is throwing dice which I am following. If that continues on after I have posted this prayer, for every page I open which is NOT the page I am looking for, one complete collection of code of laws of one COUNTRY, NATION STATE OR INSTITUTION or CORPORATION who in one way have been involved in "dice throwing" during my previous (and the next proceeding) browses on the net shall be also be sppined like a wheel of fortune where words and sentences and chapters and numbers etc. on the content of that collection of book shal l be changing places within the book or with other books. Ratio and proportion and relativity shall apply as to whose book of law shall be first or second which may also be in random. My search these past hours seems chaotic. Hence, to anyone responsible, I will make them feel chaos beyond they can imagine unless they can please me as much in offering which page the best of what Im looking for. SET TO TAKE EFFECT THE MOMENT I CLICK THE PUBLISH }}BUTTON OF THIS PAGE.

For my invalid log of language where I got a reply notification stating that my language invalid, I hereby envoke Divine Providence and the wisdom of all consciousness through the power of God to please make valid (validate) my language that, as said, was categorized invalid.

I cannot find it my heart that my very tong, the php, the Tagalog, the OPM, will come to pass that shall be qualified invalid.

For my language be invalid, I would rather have both my arms decapitated that instead of my language, let me be the one "invalid"... not my language. Beyond both my arms even, I hope my heart will be worth enough should I need to offer a price of value as to make my dream in this prayer come true.

That if should need something of worth

Until purposively created as in this page, the 00:60 time variable does not exist. All clocks since time immemorial were so designed that upon reaching the 59th minute, thereafter following shall be the hour proceeding the 00.00 variable where what proceeds 1:60 is 2:00.

For strict assignment of DomainNames, and such other significant purposes, we cannot qualify in strict terms the congruence between 1:60 and 2:00. This is because the former a sub-variable belonging to the HOUR OF ONE and in so being is the end-point variable of that hour. Variable 2:00 cannot take the place of the 1:00 variable because 2:00 is a sub-variable of the HOUR OF TWO being its beginning-point variable.

The same is not the case principle in other numerical systems existing. When we say, for example, there are 30 days in the month of January, we have to reach the count of the 30th day being the end-point variable of that month. What follows 30th January is 31st not February 00.

Relating with time, when we say there are 60 minutes in an hour, we should likewise reach the 60th minute in the chronological count where there should be a particular variable as 1:60 or 2:60 and so on.

Prevailing contrary argument that time an exception being a cycle count will not hold as standard principle because we should consider as equally significant an element the principle of consistency in the assignment of values for family/class integers (family integers of FIRST HOUR are 1:01... 1:02... to 1:60 [as supposedly so]).

Such counter argumentation will only bring us to an equally if not more perplex similar inquiry; whether family/class integers of time should begin in I:00' or I:01? Theformer shall mean to run conflict with 12:60 which shall be a variable that will not come to pass because it will be superseded the moment if reaches its point-in-time (as it will be replaced by 1:00.) It would be like being aborted even before it be conceived.

The paramount case argument is actually that it is only time that we seem to have signled-out that starts its count or otherwise initiates chronology in 00:00 base point. All other chronology starts with NUMBER 1 thus without encountering any conflict on intersecting points.

Ideally in our prevailing numerical system, we end (and not start) with 0 thus saying the first hundredth count ends with 1'00 not in the 99th count where the first Hundredth-count-series starts with 101 and not in 100 as is used in TIME NUMERICAL SEQUENCING.

The same holds true with counting principles on measurements, for example. The start of counting sequence of 1 foot is ONE INCH ending in ONE FOOT and not in 00 inch as to end in 11th inch.

To argue even that time is a numerical count within a cycle (which ends where it begins) shall again run counter with the principle on numerical count of our calendar which is also a cyclical chronology where the ending and beginning points likewise intersect (December 31 vis-a-vis January 1) unlike intersections of 11:60 and 12:00 where there is a static/stagnant and instantaneous congruence of intersecting variables).

Thus again the question; why have singled-out time start its hands counting from zero and not from one?

Of course we recognize that time is one such numeric chronology of a defined standard unit of measurement with graduating scales of levels (milliseconds to seconds to minutes, to hours, and back). The interface between those levels of scales necessarily result to some kind or an irregularity in the properties on any of the integerwithin the integer-series. That is, 60 seconds shall be superseded by that unit next higher in its graduating scales which is the unit of MINUTES level

Counting within certain chronology-level proceeds towards ending such level but without the necessity of changing any of the compounded units within its expression continuing therefore as exactly the same as the way it started in its previous scaling level.

Unlike the graduating units of the calendar when any given date is always understood a combination of three units: day-month-year, expression of time is always taken a single unit of measurement. With calendar units, we can express the date only in month or day (She last visited last February; or, She signed a 60-day term Contract) Single-unit expression of date totally isolates that unit from the other units of its class

Expressions of units of time which as we commonly know always a compounded variable of the units HOUR-MINUTES-SECONDS may also be expressed using only any one of those units (simmer for about 90 minutes; or, shall be delivered in 48 hours), the sing-unit expression does not isolate that unit but converts the other compounding units to be taken in summation of such compounded-units of that particularly pertained measure of time.

But more than the seemingly technical distinction of time’s expression protocol, it is the simple observation this pages intends to signify that in the counting process of the chronology of the numerical-series of time, the 60th numerical point is, as a matter-of-fact, a mere ideal -- as against being an actual – variable of time. It is that point in time that exists only as an idea (hence, ideal). We know there is such a 60th count in the numeric-chronology of time but such count exist mental and may no – cannot – be realized in real- or actual-time. The 60th count is that same value of the point 00 transitional point in the count-series of time; one rare “real” variable that ends on the point where it has almost begun... erased when it is about to be written...

With time, the 60th VARIABLE POINT where intersecting transition of its units collide, EXPIRES just as almost it be concluded and satisfied... Leaves our consciousness just as before it has almost arrived.

When just as that point in time comes when seconds matures to minute and minutes to time, that very exact point of transition expires, this article can help but ask: did the transition actually transpire? Or just like the 60th variable point merely ideal. It did transpire but only in the mind. A mere memory. Something in reality that our minds will never forget – something our subconscious were made to remember long before it ever had ever happened hence, whether it did happened or not, memory remains and we shall always remember...

only in a single unit, say minutes, the hour-minute-second value of that pertained time must be converted in summation as its summation an EXPRESSION OF TIME IN of a

Thus when we say 1:41 pm, we mean its the HOUR OF 1:41 without becing consciously aware as to how the combounded units within that expression is shared fractionally the units.

; a pure distinct unit of measure on its own. Note that a unit of time is different from units. As may be likened to what we’ve learned in our Elementary Science as properties of change, singular expression of time may be that chemical change as compared with whatmay be called mixture or mechanical change. ies of Change That unless intended, 1:41 is that singular point in time therefore a single unit of measure of time. We simply say ONE-FOURTY-ONE without need to be conscious of how the hours and minutes and seconds within that single unit of measure of time is fractionally proportioned thus, taken a “purebreed” unit. That is not the case when we say 4ft and 7inch where the expression suggests conscious awareness of the difference of .

pm for example may not read as one hour and 17 minutes or the 47th minute in the first hour of the day or 100th minute and as can be suffixed with any which unit of time we want as 1:47 hour or where units change and u There is no such treatment in the chronology of days to weeks to months to years and back where unit consistent to combinations of day-month-year units.

Community content is available under CC-BY-SA unless otherwise noted.
Advertisement